Grave has been in radio since 1996 & quickly made a name for himself throughout the radio & music industry. Grave was featured in such magazines as The Source & The Ozone. He has also been in a few music videos as well. He started his on-air at 100.1 the Beat on July 15,1997 as the MC for ‘The Beat Thunderstorm’ and a member of The Beat’s Street Team. Grave left radio for a year to pursue a career as a recording engineer & worked closely with David Banner on a few projects. Grave has also worked with such artists as Lil Wayne, Rick Ross, Snoop Dogg, Mike Jones, Lil Flip & a few more artists. Grave is the proudest father of ALL TIME & loves his beautiful daughter Bre’Anna with all of his heart.  As of June 27th, 2015 Mr. Digga kissed the single life goodbye & married the woman that God had for him. Grave also owns a lawn service (Digga Man Lawn Care) 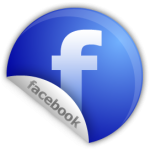